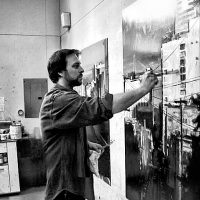 In working from familiar surroundings, as I often do, I find that
in order to raise a work from the commonplace to the extraordinary
– from a simple descriptive record to a work of art, the main
objective is not merely physical likeness, but rather to aim for the
most concentrated form of a powerful visual experience.”
Ben Aronson earned a Master of Fine Arts degree from Boston
University, Massachusetts, 1982, and a Bachelor of Fine Arts degree
from the same institution in 1980. His works are in numerous
collections including those of the Danforth Museum of
Art, Framingham, Massachusetts; the Boston Public Library; The
New York Times; and the Massachusetts Institute of Technology,
Cambridge. His honors include the National Academy of Design:
Ogden M. Pleissner Painting Award, New York, 1992; the American
Society of Architectural Perspectivists: Thomas Fisher Award,
New York, 1991; the National Academy of Design: William P. &
Gertrude Schweitzer Painting Prize, 1990; and the Rhode Island
State Council for the Arts Grant, 1989. He has taught at the
University of Massachusetts, Nantucket Island, 2002, 2003; the
Great River Arts Institute, Walpole, New Hampshire, 2001; Harvard
University, Cambridge, Massachusetts, Graduate School of
Design, 1995, 1996, 1997; Beaver Country Day School, Chestnut
Hill, Massachusetts, 1983-90; and Boston University School of
Fine Art, 1980-81, 1981-82. 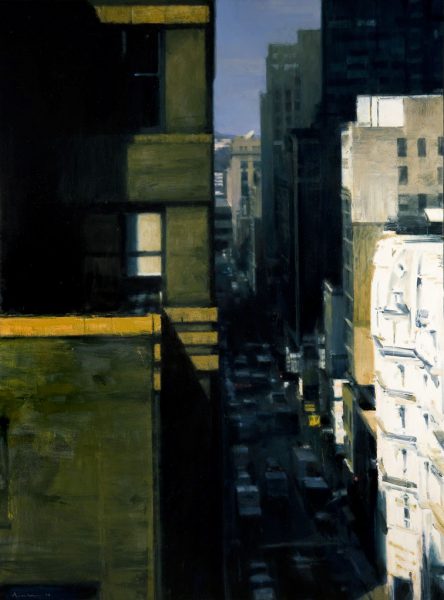