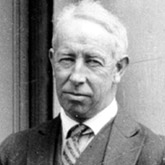 Alexander Young Jackson was born on October 3, 1882 in Montreal, Quebec. His father, an unsuccessful businessman abandoned the family while Jackson was young. With five siblings, Jackson began work at age twelve for a Montreal lithography company to help his mother feed the family. Working at the lithography company, his interest in art began to develop and he took evening classes to train as an artist.

By 1905, Jackson worked his way to Europe where he spent some time studying art. Later that year, he came back across the pond, where he studied at the Art Institute of Chicago. He was deeply influenced by Impressionism at this time in his life, and this became evident in his work. In 1907, he traveled to Paris to study impressionism with Jean-Paul Laurens at the ‘Academie Julien’. Jackson remained in Paris until 1912; he returned to Montreal to spend time working on his art. It was in Paris – 1910 – that he produced one of his first major pieces entitled “The Edge of Maple Wood”.

His life took a different sort of turn by 1914 when he enlisted in the Canadian Army. He served for two years until he was wounded in June of 1917, which saw him transferred to the records department as a war artist. He produced many great works, and gave his art a very different edge.

Jackson became very discouraged with the Canadian art scene and considered a move to the United States. It was then that he received a letter from two members of the Original 7 asking him to move to Toronto – both MacDonald and Harris were interested in his work. He spent some of this time on art excursions to the St. Lawrence, the Arctic and British Columbia art. Having hardly any finances after the war, his career was often supported by various art patrons. He is quoted saying that “artists are often excellent businessmen. They have to be. Otherwise they do not remain artists”.

In 1919, he formally joined the Group of Seven and exhibited with them throughout the next decade. In 1920, he was elected president of the newly-formed Beaver Hall Group in Montreal; a group which included several influential female artists in an art world where women weren’t considered very influential. By 1924, he began to teach at the Ontario College of Art but resigned after one year to continue his outdoor sketches. After the original sevens last exhibition in 1931, a new group – The Canadian Group of Painters) was formed with Jackson and Lismer as the two mentors. Jackson continued to travel and paint and mentor other young artists in his later years. Visiting Europe again in 1936, and often traveling around Canada on art expeditions. By 1941 he received an honorary doctorate from Queens University in Kingston, Ontario. Jackson traveled to Banff in 1943 where he spent six years teaching at the Banff School of Fine Arts. During this time he was also the art columnist for the Toronto new.

Jackson was incapacitated by a stroke in 1986, and spent his last six years living at the home of Robert and Signe McMichael – now the McMichael Collection art gallery in Kleinburg. He finally passed away on April 5, 1974 and was put to rest at a small cemetery on the McMichael property. 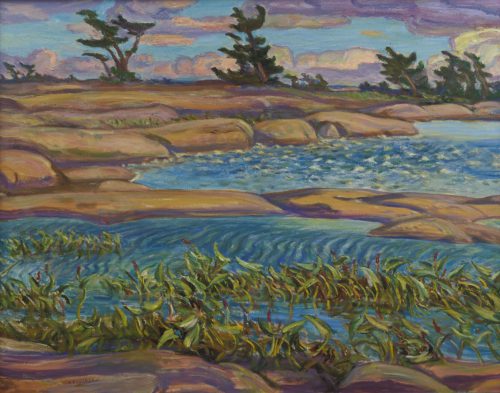