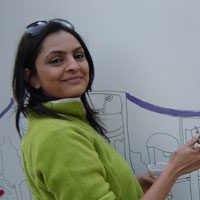 Born in Mumbai, India, Avani Patel immigrated to Pennsylvania with her family at 11 years old. Avani holds a BA from University of Pennsylvania and an MFA from Temple University. Her work is inspired by her own culture of India. Based on Indian music and performance, her paintings invite the viewer to wander through a universe of color and pattern in motion – a world of energy in music manifested in visual form. Her paintings have been exhibited in New York, Providence, Philadelphia, New Jersey, Chicago, Dubai, Panama, and Mexico. Avani was invited in 2005 by the American Embassy in Panama to hold workshops in schools and art centers, creating collaborative installations about everyday objects in personal life. In 2007 she taught artists living with mental illnesses. In a series of workshops, participants worked on Mylar with paint, ink, and conte to explore the landscape of family connections in varied cultures. Most recently Avani worked on the public project America’s Chinatown Voices at Columbus Park in New York City, organized by the Asian American Art Center in 2008 and 2009. Three hundred panels illustrating stories of Asian Americans in New York were publicly displayed in New York Cities Chinatown. Avani currently works and lives in New York City. 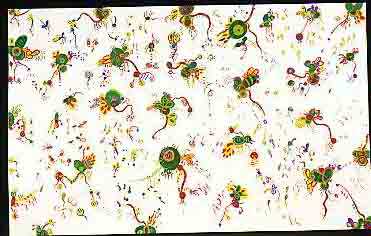 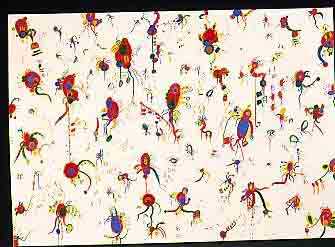