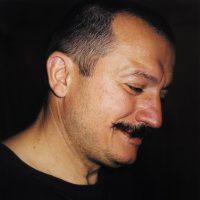 Aurel Vlad was born in Galati, Romania. Between 1980 and 1984 he studied at the National University of Arts ‘Nicolae Grigorescu’ in the Department of Sculpture. He is regarded by his peers to be one of the leading artists in contemporary Romanian sculpture.

His major subject is the human body, its’ expressions and gestures. Vlad’s figures are fluctuating between dense psychic tension and meekness. His work, mainly related to expressionism, sometimes also shows gothic stylization.
In Sighet, the Romanian equivalent of the ‘Archipel Gulag’, he created a monument of melancholy. It is not a traditional heroic monument, but expresses ideality and pathos. Oppression and despair, the dignity of pain and death are immortalized in this masterpiece.

Vlad’s human body sculptures, often over dimensional, are sometimes revealing a poetical protest, but also seem resigned to their fate. Rooted in the depth of faith, his protagonists hope to find the lost paradise.
Besides his sculptural work, Vlad was also involved in creating scenography for theatre plays.

The work is part of the cycle of works entitled “Byzantine Drawings” which I started in 1986. While researching the possibilities which surfaces have to unveil themselves and conquer the space, I have made works starting from paper surfaces on which I drew. There resulted cut-out drawings, which were spatialized, filled by auras, not fully separated from the surface out of which they were born.

Paper, galvanized tin, copper tin and brass have helped me in my first works to put this dream into practice. I have then searched for new expressions in wood, iron and bronze. I have made several works in this technique, some of them being exposed in public places (e.g. The Red Wall in Campulung Muscel; Paternity in Timisoara; Conflict I and II in Estonia and others). Every time, I sought to achieve a superior state of the drawing from which I began.

The topics which I use are inspired in their majority by Byzantine iconography, a reason for which I have called these works “Byzantine Drawings.” Maternity, the work made for the United States Embassy in Bucharest is part of this artistic research. The mother and child are presented in an architecture of arcades which remind of the representation of vegetal elements (crowns of trees) and that of the clouds on which these characters float. The feeling of peace, of a calm and soothing presence is something which I wanted to convey through this spatialized drawing. 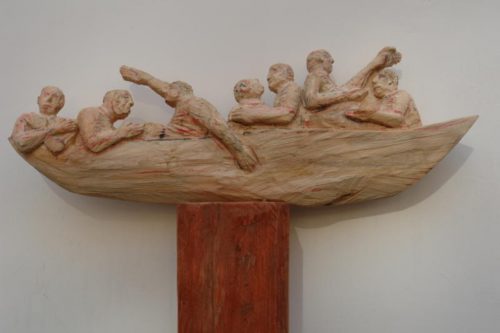 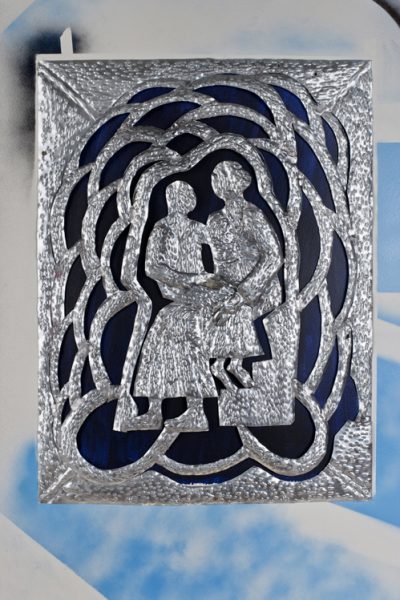