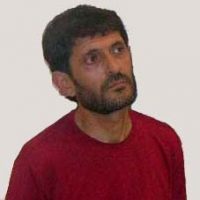 Ashot Avagian was born in 1958 in Sisian. In 1981, he studied art at P. Terlemezian Art School in Yerevan. He has works of art in numerous private collections. The last decade has been complicated and contradicting for him, He has taken active part in the process of both making the Armenian Republic independent and the decline of the Soviet Union. He also fought in the Gharabagh war, and now is engaged in pedagogy. He gave up painting from 1988 until 1997. Then in 1997 he returned to art again. He considers the begining of his life to be 1998.

Every year since 1997, he has organized exhibitions of his works in the spaces of “Dick-Dick Karer” (Stonehendge) and of rockpaintings ofUghtasar. He believes that his works are experiments of psychological and ideological revelations of cultural rockpaintings and the megalitian period.

Avagian believes that he has inherited his geneticmemory from the Jungian cultural archetype, and he is a middleman between athno-abstractionism and painting.

Today Avagia lives in a new stage of creation, trying to fill the canvas space with the absence of any criteria and with the repetition of time.

He is the author of two video films entitled Bravers’ Spirit (1997) and Ideal Fix (1998). Ideal Fix has been exhibited in two international film festivals. His latest film, Return and Taking Place, are in the final stages of work. He has also done work in the field of literature. 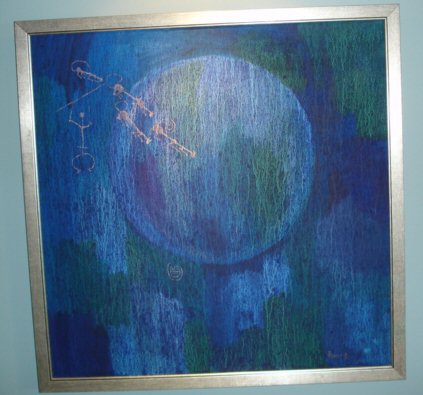