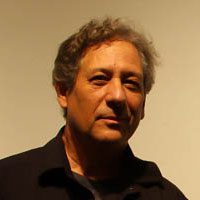 Antonio Petracca is originally from Rochester NY. He received his Bachelor /Mastor of Fine Arts degrees from the Rochester Institute of Technology. His early work, influenced by photography and Pop Art, made use of alternative light sensitive imaging methods. Examples these works are in the Collections of The George Eastman House and Memorial Art Museum of the University of Rochester.

Commissioned by the Metropolitan Transit Authority in 1991, Petracca created a temporary installation of two murals in the Jay St. Boro Hall station in Brooklyn NY.

In 2002, Petracca exhibited a series of painted wood constructions at Kim Foster Gallery in NYC that responded to the tragedy of 9/11. “This work showed destruction and loss, but more importantly focused on the spirited energy of renewal. ‘HardHats’ ,for instance, reveals a sliver of the site at night, with light reflected off the helmets of construction workers. Derricks and cranes are visible in the distance”. The National September 11 Memorial and Museum at the World Trade Center recently acquired a work from this series for its collection.

Recently, Antonio Petraccas’ focus of concern is the ubiqitous use of the stereotype in the press,movies,TV and pop fiction to portray ethnic Americans, particularly Italian Americans. He has created two seperate bodies of work on this topic, ‘These are not my Shoes’ and ‘Pompeii:Tagged’, both presented at the Kim Foster Gallery in NYC ‘05 and‘07.

Shows of this work took place at the Italian American Museum NYC ‘06 and the Garibaldi-Meucci Museum, S.I. ‘07. 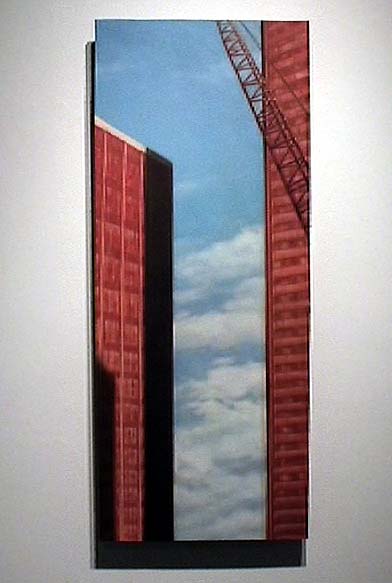