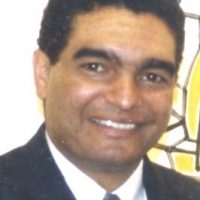 “Antonio Carreño’s paintings burst with abstract vitality…With a rigorous academic background gained in his six-year program at the National School of Fine Arts, Santo Domingo, in his native Dominican Republic, and the Arts Students League, in New York City, Carreño was attracted to abstraction for the freedom it offered him. In this mode, he found he could let his conscious thoughts engage formal artistic qualities of color, line, and structure while his subconscious often took an unpredictable course.

One might not think of Carreño paintings as being inspired by nature but the artist prefers to paint outdoors. When weather prohibits this, his studio’s large windows offer an immediate proximity to the woods around his home … in a rural setting outside of Newton, New Jersey. The artist states that many of the quick-drawn elements in his pictures come from nature. In these graphic notations we may see part of a tree, a leaf, clouds, etc. Such representational components appear to have been abstracted and many are now part of Carreño’s personal calligraphy.” Steven H. Miller, Executive Director, Morris Museum, Morristown, New Jersey. “The Paintings of Antonio Carreño,” Antonio Carreño: Manumission, Parish Gallery, Washington, D.C., 2004 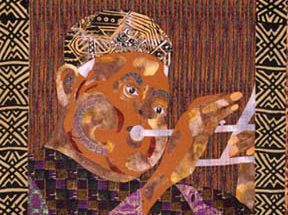