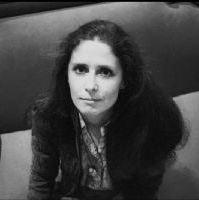 Annette Polan graduated with a BA in Art History from Hollins College, and she completed additional graduate work at the Ecole du Louvre, the Tyler School of Art, and the Corcoran College of Art and Design. Ms. Polan is currently a professor of art specializing in portraiture.

In addition to teaching, Ms. Polan is known internationally as a portrait artist. She has photographed and painted the official portraits of leaders of industry and government including Justice Sandra Day O’Conner, (former) West Virginia Governor Gaston Gaperton, Peter Tarnoff for the Council of Foreign Relations, Judge Rya Zobel for the Federal Judicial Center, Edward Villella for the Miami City Ballet, and Lord Baltimore for Kiplin Hall in Great Britain.

Ms. Polan has taught and lectured on her work and contemporary American portraiture in Europe, Asia, and Australia, and has had numerous solo and group exhibitions in the United States and abroad. She is also a participant in the US Department of State’s Art in Embassy Program, with pieces currently showing in Denmark and Fiji.

Polan was recently chosen from a pool of twelve hundred artists to design and paint one of the two hundred “Party Animals” (donkeys and elephants, of course) decorating the streets of the Nation’s Capital. Her donkey grazes in a grassy corner of the national Mall near the Museum of Natural History.