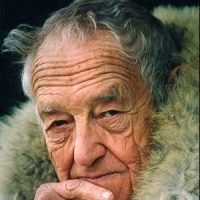 Andrew Wyeth was born in Chadds Ford, Pennsylvania. He grew up with the teachings of his father, another famous and talented American artist, N.C. Wyeth. N.C., most widely recognized for his Treasure Island illustrations, taught Andrew the techniques of art and he received a general education by private tutors. Wyeth debuted with his first show in New York City in 1937, and it was a sell-out. At the age of 20, Andrew Wyeth had become an art world celebrity. His following has remained strong and steady ever since. Four years later, Wyeth was included in “The Twentieth International Exhibition of Watercolors” exhibit at the Art Institute of Chicago. Wyeth’s celebrated artwork was also included in the “American Realists and Magic Realists” exhibit hosted by the Museum of Modern Art in New York in 1943. Beginning in the late 1940’s Wyeth’s work became the premier exhibit at museums including “Andrew Wyeth Watercolors” at the Seattle Art Museum, “Paintings and Drawings by Andrew Wyeth” at the Art Museum in Rockland, Maine, “Andrew Wyeth” at the M.H. de Young Memorial Museum in San Francisco and the Santa Barbara Museum of Art in California, “Andrew Wyeth: A Retrospective Exhibition of Temperas and Watercolors” in Cambridge, Massachussettes. Wyeth met his wife Betsy in 1939 and proposed after only one week of knowing one another, they were married in 1940. Beautiful, unconventional, intuitive and highly intelligent, she not only managed household affairs and raised their two sons Nicholas and Jaime. In October of 1945 Andrew’s father & nephew died in a tragic train accident by the farm of their neighbor, Karl Kuerner. After that, Andrew’s work became deeper, more serious, more intense. “It gave me a reason to paint, an emotional reason,” he has said. “I think it made me.” Wyeth’s experiences and life lessons are reflected in all of his works whether in their mood and tone or in his chosen subject matter, with both literal and metaphorical representations.

Over a career that has spanned seven decades, Wyeth, now 90 and still painting,

Andrew has been labeled “America’s painter,” he is one of the most recognizable living artists because of the mythic stature he has achieved. The realism in Wyeth’s paintings is so astoundingly accurate in detail that the textures and expressions of the models bring the viewer into his artwork with a sense that one could reach into the painting and feel his subjects. Wyeth is skilled in such varied mediums as charcoal, watercolor, dry brush, tempera and more. From his original works he has created a select few multiple originals in order to share his genius with a wider audience. Andrew Wyeth, a painter of remarkable poetic masterpieces, is renown for his landscapes of Maine and Pennsylvania and his beloved family and friends. His works always carry a deep intimacy and insightful realism regardless of the medium he chooses.

We here at American Fine Art would like to remind you that realism is only the beginning of his method, which is so much more fantastic and artful than many realize. Much of the realism in his works is memory-based. For example, in his highly sought after Wind From the Sea Wyeth creates the almost ethereal movement of the curtains from a vision in his mind rather than using a photograph as many artists do. This technical mastery and ability to personify any object from a bucket to curtains is what makes Wyeth–Wyeth. His art borders on hyperrealism and abstraction. Of course, Wyeth has long claimed himself to be an abstractionist. The precision with which he paints gives way to abstraction in his work, as panes of light and areas of color and shadow evolve into geometric patterns of line and form. His widely varied subjects have been appreciated for their seeming simplicity and sheer beauty, for their celebration of rural American life, and for the haunting, plaintive silence that pervades his greatest masterworks

Wyeth celebrated his 90th birthday this year and is still creating with the passion and zeal he began with over seven decades ago. He has produced a wealth of technically stunning paintings and drawings that have won him a tremendous popular following and earned him considerable success. Over the past fifty years the Wyeth market has been the bedrock of American art. Like Rockwell, Andrew Wyeth’s traditional subject matter and steadfast vision has brought his genius to prominent museums and private collections around the world. Whether it be a record-breaking eight figure tempera painting or a new release. His contribution to the world of art has been recorded in every notable art history book created in his time. Wyeth has succeeded in winning worldwide popularity, inspiring countless artists and earning some of the highest prices ever paid for the works of a living American artist. Wyeth has been honored with the most prestigious and highly regarded awards including the Presidential Medal of Freedom, and he was the first artist ever to be awarded the Congressional Gold Medal. Wyeth has been featured in many magazine and literary publications throughout his career including articles dedicated solely to the artist in Life Magazine in 1997 and the Smithsonian magazine in 2006. 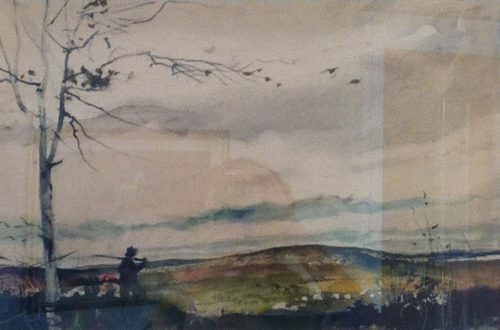 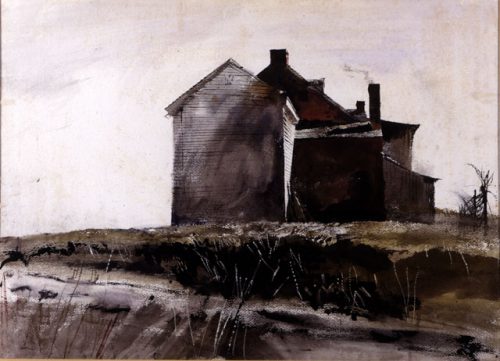 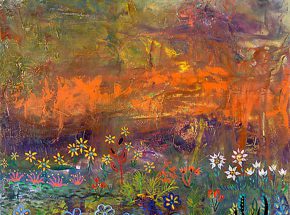