Andrew Jones is a contemporary painter living in Manhattan’s
West Greenwich Village. He paints primarily landscapes, which
include traditional seascapes such as Fire Island Ocean II, as well
as his unique “stoopscapes” – studies of the cast iron railings of
early nineteenth century stoops in the Greenwich Village Historic
District, Chelsea, Brooklyn Heights, and environs. The latter
was the subject of his recent solo show of twenty-six paintings
at the Museum of the City of New York. 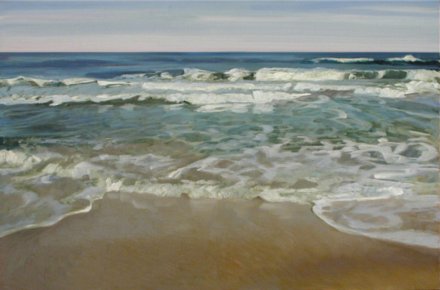