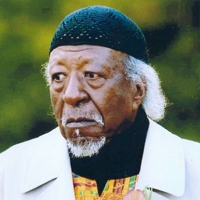 “One is the title of this beautiful work of art. It took me six years to complete this statue; I did not know where it would carry me. Nor, did I understand what I was doing at the time. I would set it aside months at a time, before undertaking the task of finishing this piece of art. However, now I know, it’s an ideography. Which means the direct representation of ideas by symbols. It is from the spirits, to the spirit of the souls of man. It is saying, ‘Let his light shine.’ Although I could explain this step by step, I think its best said by professor, John S. Mbiti in his book African Religions and Philosophy. I would like both black and white to know of our African past. Five years after One was completed, I was working on another statue called Members Don’t Get Worried. As people walked past my house and saw me working, they would say, ‘right on brother.’ One day I met a brother, who’s name I’ve forgotten. He gave me a book to read and I still have this book and never saw this brother again.

There was a particular section in chapter three of Mr. Mbiti’s book that explained the concept of time (African concept of time). The answers I’ve been looking for, for years were there. Reaching from across the waters, was the power of the pen, and the spirit from within. Showing me the picture I had completed eleven years ago. Here, then is his quotation and the meaning of this work of art, I did years ago.

‘Africans have their own ontology but it is a religious ontology and to understand their religion we must penetrate that ontology. I propose to divide it up into five categories but it is an extremely anthropocentric ontology in the sense that everything is seen in terms of its relation to man and these categories are:

1) God as the ultimate explanation of the genesis and substance of both man and all things.
2) Spirits being made up to superhuman beings and the spirits of man who died along time ago.
3) Man including human beings who are alive and those about to be born.
4) Animals and plants, or the remainder of biological life.
5) Phenomena and objects without biological life.'”

Pigatt launched his sculpture career late in 1960s. A self-taught sculptor, his work is represented in a number of private and institutional collections. Nigger Chained, a seminal work is in the permanent collection of the Schomberg Center for Research in Black Culture in New York. Other sculptures are in the collections of the Brooklyn Museum, Brooklyn, New York as well as Reginald F. Lewis Museum, and the Visionary Museum, both in Baltimore, Maryland.

Mr. Pigatt was selected to participate in the exhibition and publication, Black Art Ancestral Legacy, sponsored by the Dallas Museum of Art, which showed at the High Museum in Atlanta, the Milwaukee Art Museum, and the Virginia Museum of Fine Art in Richmond. His work has been purchased by such notables as Singer Richie Havens, artists Andy Warhol and John Biggers. 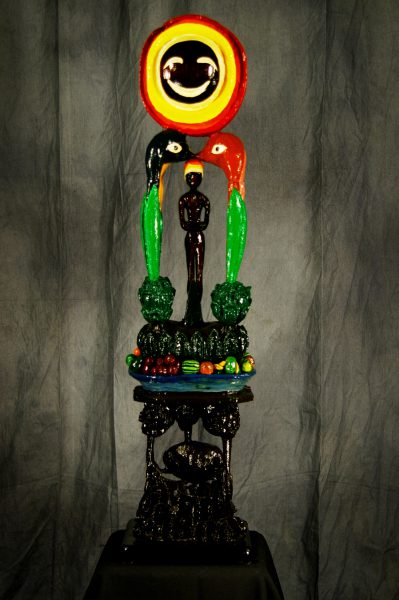