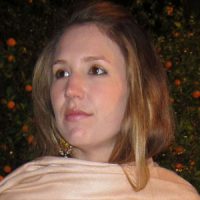 American artist Alyssa Pheobus Mumtaz was born in Maryland. She has lived and worked as an artist, educator, and textile designer in Washington, D. C., and London, England, and currently in Charlottesville, Virginia. She earned a Bachelor of Arts degree in visual art from Yale University in New Haven, Connecticut, (2004) and a Master of Fine Arts degree from Columbia University’s School of the Arts in New York City
(2008).

Best known for her drawing practice, Mumtaz works with textiles, especially silk; paper collage; pencil; and acrylic to create delicate images of great beauty. Her art explores the intersections of abstraction, contemplation, and artisanship. Her work has evolved in response to her extensive travels throughout Pakistan, Europe, South Asia, and the American West. A recipient of numerous fellowships, awards, and residencies, she has exhibited in Buffalo, New York City, Charlottesville, Mumbai, Islamabad, New Delhi, Dubai, and Los Angeles among other locations worldwide.

In May 2016, a Kittredge Fund grant allowed the artist to embark on a year of travel and research. She says, “I returned to Varanasi, India, where I continued exploring local hand-weaving practices and the multidimensional landscape of devotional culture in this incomparable sacred center. Playing on the metaphorical link between text and textiles, my new work responds to the literary tradition of Kabir Das, an illiterate Varanasi weaver who became one of the great poet-mystics of medieval India. A scathing critic of religious and social hypocrisy, Kabir explained metaphysical experience through ingeniously elliptical metaphors drawn from his everyday life as a weaver. For Kabir, the acts of weaving, spinning thread and dying cloth went hand in hand with perpetual invocation. Cloth itself was one of Kabir’s favorite symbols for the ephemeral human state. The work I have been developing quietly and itinerantly for the past year is dedicated to his legacy.” 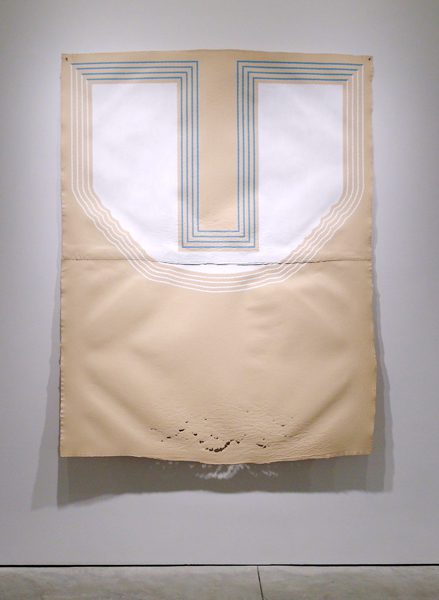