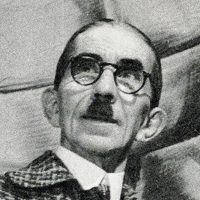 Alfredo Martinez is best known for his modern Mexican paintings and murals. His work did not directly reflect traditional Mexican art nor did it embrace the European modernist movements of the time, but rather his unique style was based on his heritage and his thorough academic background.

Born in Monterey, Mexico, Martinez remained there for his early education. He then studied at the Academia Nacional de Belles Artes in Mexico City between 1884 and 1892. As a young artist Martinez caught the attention of American, Phoebe Hearst who arranged financial support for him to study abroad. Martinez studied, lived and worked in Paris, France, and was eventually able to support himself after he received an award for one of his paintings at the Salon dAutomme in 1906.

He returned to his homeland in 1907 and three years later had accepted the position of Director of the School of Fine Arts in Mexico City. He also continued to paint portraits and commissioned murals. In 1928, he married, and he and his wife had a daughter. The childs health was fragile, and the Martinez family relocated to Los Angeles, California where they could seek superior medical care for her.

Martinez worked on commissioned murals while living in Los Angeles and was soon accepted as part of the artistic community there. He was recognized for his Mexican genre scenes painted in rich browns and ochres. His work established him as part of the Mexican School but he did not have the political message of his Mexican contemporaries such as Diego Rivera and Jose Orozco.