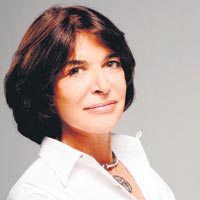 Alev Ebüzziya was born in Istanbul in 1938. She studied sculpture at the Istanbul Academy of Fine Arts, and ceramics at the studio of Füreya Koral. During the years following her education, she went to Germany in 1958 and worked at the Höhr-Grenzhausen. After she returned to Turkey she started working at the Eczacibasi ceramic factories in 1960.

In 1963, she moved to Denmark and began making designs for the Royal Danish Porcelain. In 1964, Ebüzziya had her first solo exhibition at the factories of the Royal Danish Porcelain; in the coming years this first exhibition was followed by others in private galleries of Paris, New York, London and Copenhagen, and by several group exhibitions around the world. Ebüzziya founded her own workshop in Copenhagen in 1969. The Copenhagen Museum of Decorative Arts was the first museum, which collected and displayed her ceramics in 1975. In the same year, she became the first potter to be employed by Rosenthal Porcelain Factories. Ebüzziya received the Tagea Brant Prize in 1982 and the Eckersberg medal in 1983. In 1986, with her “sculptural vessels”, she was the first ceramics artist whose works were displayed at the Paris International Contemporary Art Fair, FIAC.

In 1987, Ebüzziya moved her workshop to Paris, but continued working as a designer for the Rosenthal Factories until 1990. Her works can be seen today in several international museums such as the Victoria and Albert Museum, Zürih Musee Bellerive, New York Cooper Hewit Museum, Belfast Ulster Museum, The Kunstindustrimuseet Museum in Copenhagen, Ankara State Museum for Painting and Sculpture and the Museum of Turkish and Islamic Arts in Istanbul, which hosted two retrospectives exhibitions in 2002. She had also her another retrospective exhibition in the Museuo Nacional do Azulejo in Lizbon in 2005. As of today, Ebüzziya lives and continues her works in Paris. 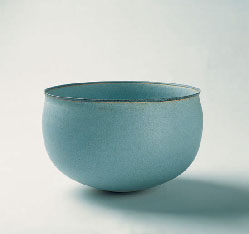