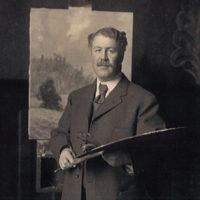 Allen Butler Talcott was born in Hartford, Connecticut to a prominent New England family. His affection for art was apparent at an early age. He studied at the Hartford Art Society with William Tryon then moved to New York to study at the Art Students League. Eventually, he continued his education at the Académie Julien in Paris.

Upon returning from Paris, Talcott established an art studio in Hartford before returning to New York City. He then moved to Old Lyme to become a member of the area’s art colony where he quickly became a prominent figure. He seemed to have found his calling painting primarily landscapes inspired by the local marshes, meadows and forests. He was best known for his artistic portrayal of trees, in particular oaks, among Old Saybrook’s landscape.

Talcott married Katherine Nash Agnew, the daughter of a New York doctor, and the two had one son, Agnew. They purchased a home in Old Lyme overlooking the Connecticut River. Talcott’s life and career were cut short when he died suddenly of a heart attack at the age fo 41. 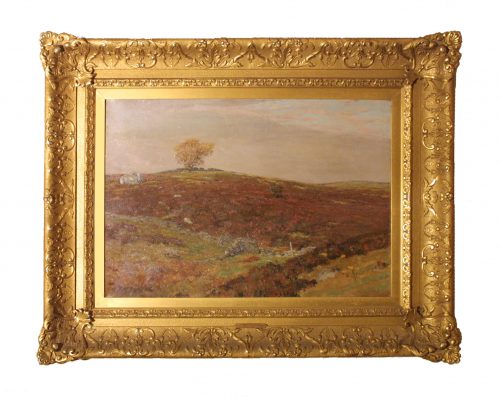