The celebrated Cantonese artist known to foreigners as Lamqua likely descended from a lineage of Chinese painters. He was unquestionably the leading artist in the port city, but he was far from alone; by some accounts, up to thirty studios – each with a cadre of staff – were practicing in the environs of the foreign factories in Guangzhou during the mid-nineteenth century. A tour of Lamqua’s studio on New China Street, around the corner from the foreign factories, was a popular pastime for foreign merchants living in Guangzhou. In 1844, American merchant Osmond Tiffany, Jr. visited, noting that “the prince of Canton limners … is celebrated throughout China, and is indeed an excellent painter.” 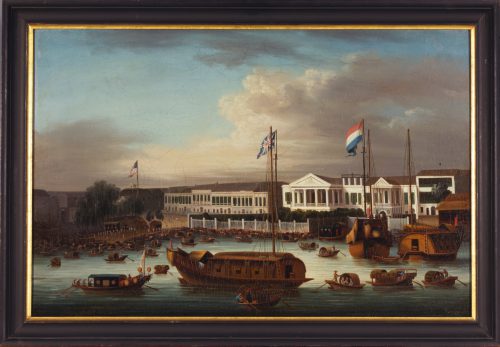 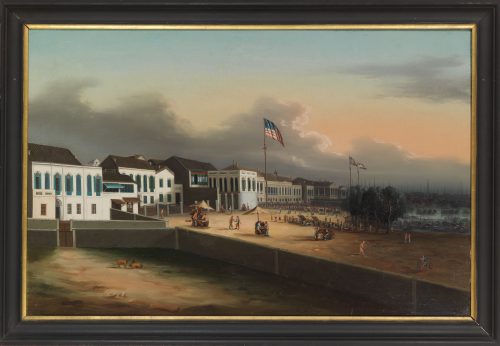