“This kind of work reaches out on a real human level to people around the world and says… we have a huge commonality with you…” – Patrick Dougherty, High Jinx

High Jinx is an Art in Embassies commission for the lobby of the new Embassy building in Belgrade, Serbia, by artist Patrick Dougherty. The artist is an internationally recognized sculptor who uses tree saplings as his artistic medium. His interest in nature and its inherent magic dates back to his youth in rural North Carolina where he would build trees houses, forts, lean-tos, and hide-outs to the delight of his many younger siblings. His work, which is created by interweaving branches and twigs together, alludes to nests, cocoons, hives, and lairs built by animals, as well as the manmade forms of huts, haystacks, and baskets. His work typically appears ‘found’ rather than made, as if the natural forces of a tornado had created it. Dougherty intentionally tries for this effortless effect, as if his creations just fell from the sky in a gust of wind or grew up naturally in their settings.

Dougherty’s work builds a sense of community through a shared experience of creating art with students and volunteers. During the summer of 2013, the artist worked and lived for three weeks in Belgrade, making this commission an integral part of the cross-cultural exchange mission of the Art in Embassies program. During that time, the artist collaborated with The Belgrade Cultural Center; Academy of Fine Arts, Belgrade; and students Bogan Jovanovic and Smilja Ignjatovic who said…” It is really great to have the opportunity to work with Patrick… to learn how to work with the materials… no one is showing that in school.”

The artist created the site specific art installation with tree saplings sourced from the nearby Serbian countryside. Dougherty explains that “…as part of my artistic practice, I have started gathering close by … I use the tree saplings as a line to draw with…” The final artwork has been integrated into the design of the building. The natural materials and organic form will bring the opportunity for a constant exchange between the public and the work of the artist.

Patrick Dougherty has created nearly 200 site-specific sculptures in the United States, Canada, Mexico, Europe and Asia over the past twenty years. His work has been displayed at the National Museum of Natural History in Washington, D.C., the Museum of Glass in Tacoma, Washington, and the American Crafts Museum in New York City, among other places.

Dougherty has received many honors and awards, including the Pollack-Krasner Foundation Grant, the Henry Moore Foundation Fellowship and several grants from the National Endowment for the Arts. His work has been the subject of more than 100 articles and reviews in publications including The NY Times and the Washington Post. He lives in North Carolina with his wife and family. His work may be viewed on his website at www.stickwork.net.

PATRICK DOUGHERTY: Those look great. These are good color, I’ll tell you. Well this is a material that ancients and children alike have used for centuries. There’s a kind of a deep reminiscence about the house building and simple shelter that’s kind of built into all of our psyches.
You know for me, gathering close by has become part of the trade. In order to prepare the material, we’ve been trying to clean some of the leaves off. You know basically, I’m using them as lines with which to draw. There’s an energetic quality implying that there’s the kind of motion that you might think of with wind or water.
See how there’s little white spots there? If you just work those.
STUDENT 1: It’s really great, the opportunity to work with Patrick to learn how to do with this material because no one is showing that you in school.
PATRICK DOUGHERTY: If we can just cover some of the ends that look cut, it increases the illusion that this is not manmade, that it has a life of its own.
Student 2: I’m giving to Patrick last stick.
PATRICK DOUGHERTY: We’ve been waiting hard to see what the whole effect will be. You know, I was afraid to have something be so tall that it – that it seemed kind of up there in the atmosphere or the stratosphere, and we needed it to come down so that it could be approachable, so that you could almost reach up and touch it and have a sense that oh it’s not really up there. It’s down here with us.
I think that it looks amazingly free up there, in a building that’s square and that’s stark. I think it really humanizes it. It brings a little bit of the forest, a little bit of the environment to play.
The important part of art is the interplay with the public. With building something, when you’re on the line and there’s a constant interchange between the people who are viewing it and you the maker. And you have to dominate to some degree because you’re – it’s your idea, but you are informed by the public. You’re informed by their space.
This kind of work really plays to the – what the Art in Embassy is – program is trying to do – it’s to try to really reach out on a real human level to the – to people around the world and say we have a huge commonality with you, and please try to enjoy something about this sculpture that – that we both can appreciate.
♪ music ♪ 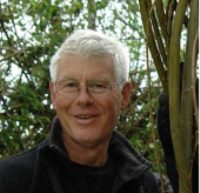 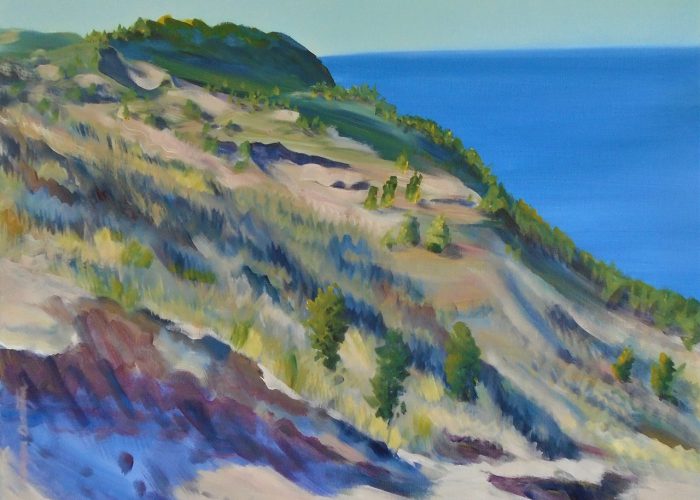 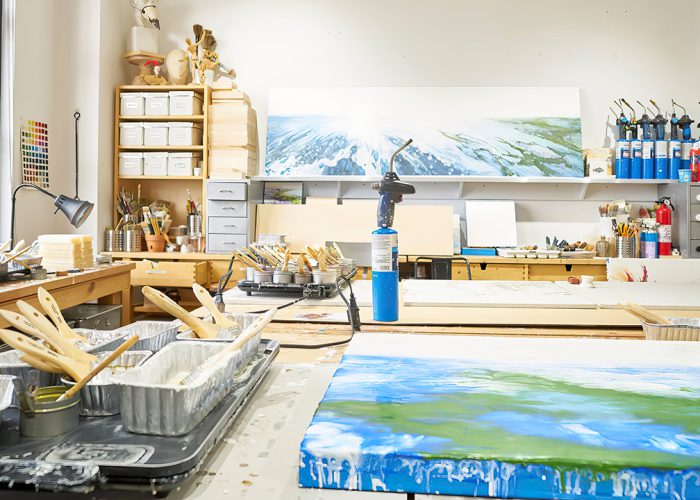 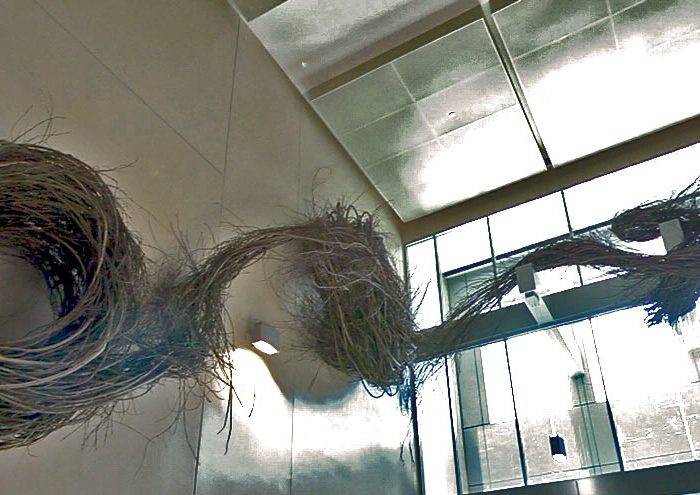 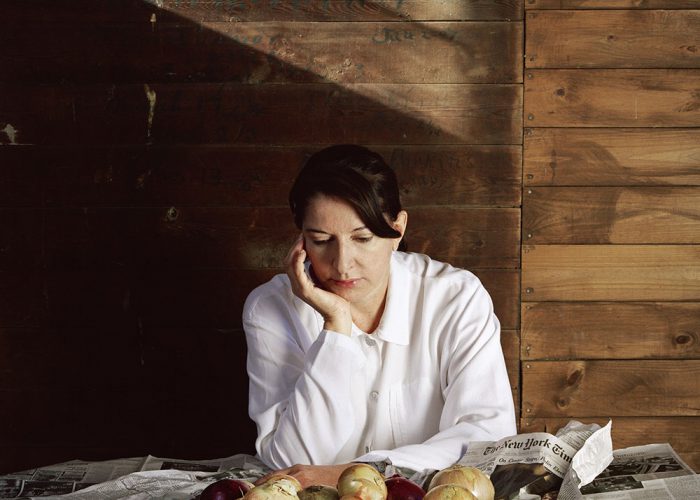