“This Artist Exchange in Cape Verde was a fantastic experience for me on every level….. The fact that I was able to work in the capacity of an artist enabled me to highlight and show that art—the message and the medium—are truly cross-cultural and pan-global. "- Chris Flisher

“This Artist Exchange in Cape Verde was a fantastic experience for me on every level….. The fact that I was able to work in the capacity of an artist enabled me to highlight and show that art—the message and the medium—are truly cross-cultural and pan-global. This is work and practice for all humanity. This is how we build unity and tolerance while breaking down borders and barriers. I have always wanted to take this message to the world as an ambassador of art, with the very positive message of cross-cultural themes and optimism.” Chris Flisher

In July of 2013, Art in Embassies (AIE) and the American Embassy in Praia, Cape Verde collaborated on an Artist Exchange with artist Chris Flisher from Boxborough, Massachusetts. Chris visited Cape Verde from July 8 to July 15 to conduct a series of workshops and presentations at the invitation of U.S. Ambassador Adrienne O’Neal. Three of his paintings were selected for the current art exhibition at Ambassador O’Neal’s residence.

After landing in Cape Verde, on the island of Santiago, Chris met with Embassy staff and conducted an interview with local press. The following morning, a group of local artists and Chris traveled to a remote mountain village about an hour north of Praia, called Porto Madeira, which is also the site of an artist colony led by the artist Maria Isabel Alves–“Misa.” Upon arrival, the group received a warm greeting; they toured the area and viewed the colony’ members works. Chris presented an introductory film on his own artwork and mandalas. A local family provided a communal lunch. The remainder of the day was spent teaching young art students, ranging in age from 6 to 18, on how to create mandalas using simple, accessible tools. Through the help of a translator, Chris was able to get the basic principles across, and within a few hours, they had created a wonderful array of colorful drawings. That same evening Ambassador O’Neal hosted a dinner for the artist and representatives from the Cape Verde community, during which the artist gave an overview of his work and his creative process.

Thursday, Chris traveled to Assomada,about 20 miles west of Praia, to lead a workshop with students at the SOS Youth House for orphaned and foster children. Here, the students’ ages ranged between 12 and 16 years old, and after five hours of working, they had created some great works of art.

The final workshop took place on Friday at Centro Lern Cachorro (ICCA), a home for at-risk youth in Praia. At the end of Chris’s visit, he summarized the participants’ experience as follows: “Each and every student took something personal and creative away from the class. They all had something to show when they were done. The students learned a basic point that they now, can build upon, just as I have over the years.”The day concluded with a tour of Cidade Velha, a UNESCO heritage site, led by the Cultural Minister of Cape Verde, Charles Akibode. In 1466, the settlement became an important port for the slave trade. “To have stood at this place where slavery began has left me with an indelible impression” Chris noted in his trip report… “ After the tour, the group of more than 30 people gathered for dinner at a local restaurant where Chris conducted a final presentation on his work, focusing on his “one world” philosophical approach and his use of his art as a form of diplomacy 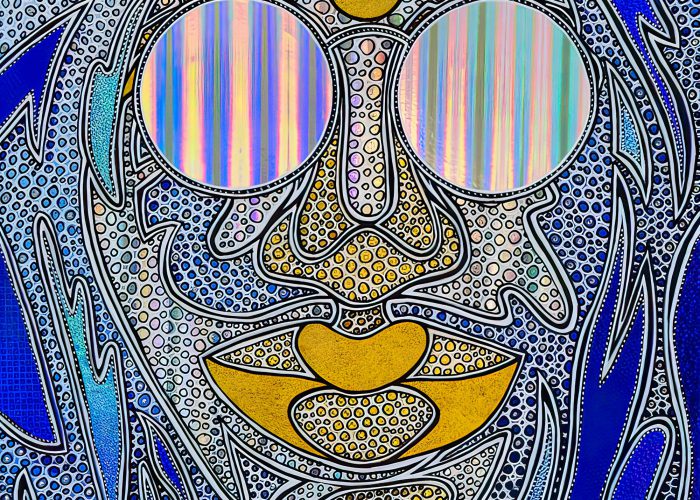 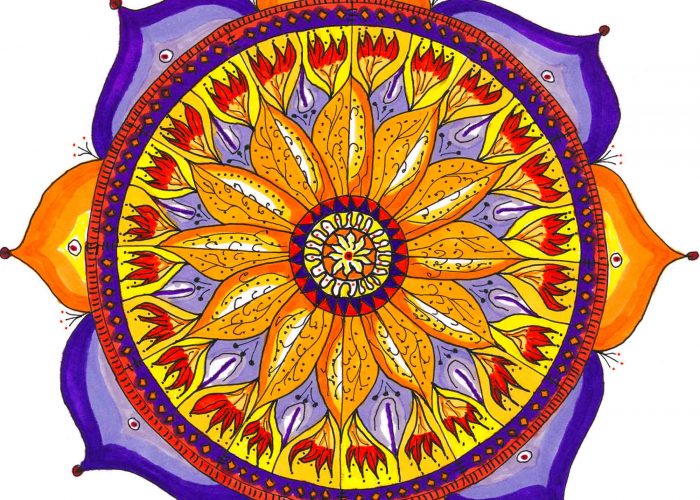 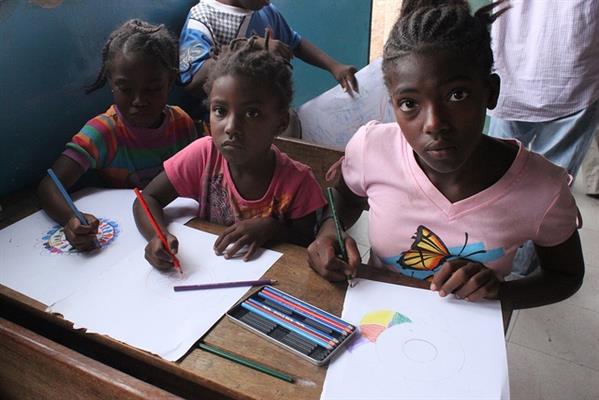 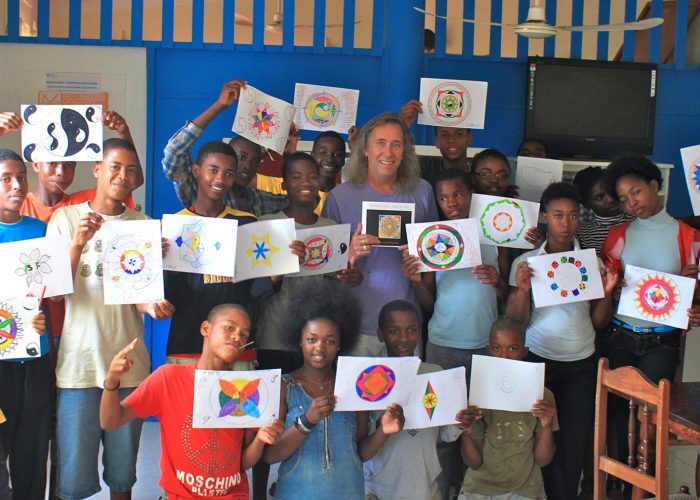